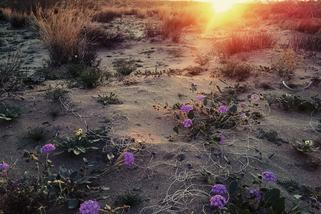 Since I was a young child I have been interested in how people "work." Spending 9 years of my life in Germany as a pre-teen and teenager certainly contributed to my tendency to observe others and try to understand how we are all unique, and similar human beings. I graduated from Pennsylvania State University in 2002 with a BS in psychology, and focused my course work heavily on neuroscience in the latter portion of my undergraduate studies. My interest in mind-body science, consciousness, and health emerged during that time, and I initially planned to get a PhD in psychology in order to pursue a research career. After working in research at Children's Hospital and the University of Pennsylvania in Philadelphia for a few years, I realized that given my interests and abilities, my calling lay more in medicine. A post-baccalaureate, premedical program at the University of Pennsylvania followed, and I graduated from Jefferson Medical College (now Sidney Kimmel Medical College) at Thomas Jefferson University in Philadelphia with a medical degree in 2012. After medical school I moved across the country for psychiatry residency at Semel Institute for Neuroscience and Human Behavior at University of California, Los Angeles, which I completed in 2016.

While at UCLA, I received the outstanding resident teaching award, and was chief resident at both Resnick Neuropsychiatric Hospital at UCLA, and at the West Los Angeles Veterans Affairs Hospital inpatient psychiatric unit, where I taught residents and medical students about caring for psychiatrically ill patients. During psychiatry residency at UCLA I received intensive training in psychopharmacological management of mood and anxiety disorders, posttraumatic stress disorder (PTSD), personality disorders, and psychotic disorders in both the inpatient and outpatient settings. I am also trained in psychodynamic psychotherapy, prolonged exposure therapy for PTSD, cognitive processing therapy for PTSD, cognitive behavioral therapy, and family therapy. In addition, I have done a Tavistock method group relations intensive, and am trained as a Balint Group facilitator for physicians and other health professionals.

During residency I discovered that I enjoyed working with a military population, and with trauma in general. My time in residency was heavily weighted towards working at the West Los Angeles VA with veterans of the Vietnam war and of current/recent military conflicts, in various inpatient and outpatient settings.  During residency I also became interested in Davanloo's intensive short term dynamic psychotherapy (ISTDP), which I found to be a highly effective method of psychotherapy that helped patients achieve profound changes in their lives in much shorter time than I observed with other forms of dynamic psychotherapy. As ISTDP has a trauma-based metapsychology, it meshes well with my interest in PTSD. I bring my expertise in multiple different areas to the therapeutic interaction with the goal to help patients free themselves of maladaptive patterns that bring them suffering. I am currently in a 3-year core training of ISTDP in Los Angeles with Drs David Wolff and John Rathauser which concludes in September 2018. In addition, I am a contributor to the American Psychiatric Association's Residents' Forum.

​After completing psychiatry residency at UCLA in June 2016, I moved to Seattle, WA to complete a research fellowship at the Puget Sound Veterans Affairs (VA) Hospital NW Network Mental Illness Research, Education and Clinical Center (MIRECC). While there, I specialized in combat PTSD and blast-related mild traumatic brain injury (mTBI). My projects included examining the effects of Tai Chi on post-concussive symptoms due to blast mTBI, and how to conceptualize PTSD from the standpoint of ISTDP for the purposes of generating research questions and developing a new means of treating combat PTSD that is focused on emotional experience. While in Seattle I also gained an interest and expertise in treating patients in the Special Operations Forces community and spent a day a week providing psychiatric medication management to active duty Army service members at Madigan Army Medical Center on Joint Base Lewis McChord. I completed the MIRECC research fellowship in July 2018.

Since July 2018 I have been a supervising psychiatrist at the Greater LA VA, acting as deputy section chief for Trauma Recovery Services (TRS), where I now teach UCLA psychiatry residents about PTSD, and treat my own patients suffering from the consequences of war and military service. I continue to develop ISTDP for moral injury and combat PTSD and am also hoping to work with SOF organizations for the purposes of improving the lives of members of that community. Eventually I will likely develop a small private practice in Los Angeles but this is not yet set up. I am currently in Dr. Patricia Coughlin's ISTDP teacher training program.

Outside of medicine, I am very interested in mind-body practices both personally and as a potential treatment modality for psychiatric illness. At the age of 20 I began practicing yoga, studying with senior Iyengar Yoga instructor Joan White in Philadelphia for several years. Forrest Yoga  then became my yoga style of choice, which I have practiced since 2006. I completed a teaching training course in Forrest Yoga in 2009, between my first and second years of medical school, and I still maintain some form of daily yoga practice. I love balancing on my hands! Starting in 2000, I became interested in martial arts, first practicing Shaolin Wushu Gung Fu, and then later progressing to the level of Senior Teacher in an internal Gung Fu style called T'ien Lung Tao (The Way of the Heavenly Dragon). Taoism is a way of thinking that I am drawn to the most, and I continue to study this and other branches of Eastern thought as time allows. In my free time I enjoy spending time with my husband who is an Army Veteran of the war in Afghanistan, and our two teen boys.